Les Misèrables is one of my favorite musicals. I've watched it in theater (London) many times and almost every time two songs made me cry. When the film-adaptation was released I was curious to how the actors would perform on the vocal parts. Overall I was very pleasantly surprised, except for Russell Crowe's singing. Sorry, he's a very good actor, but a bad singer. Eddie Redmayne on the other hand, wow! I've seen him in a couple of different movies such as Fantastic Beasts and where to find them and The Theory of Everything, both different kind of acting performances. So when I found out he played the part of Marius in this musical adaptation, I was intrigued. He has a bit of a strange voice, but very touching. His interpretation of this song is heartbreaking, filled with true emotions.

Maybe you do have to know something about the events that inspired this song, so you can truly feel with him. The musical and the film are adaptations of the novel written by Victor Hugo in 1862. Les Misèrables portrays the time leading up to the Paris Rebellion of 1832. 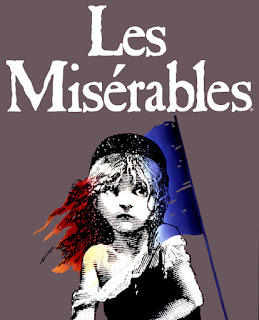 The following text will contain definite spoilers, so be warned!

Scenes of Parisian students and the poor planning of the rebellion on the eve of the benevolent General Lamarque's death are portrayed in the novel through the activities of the fictional "Friends of the ABC" (a pun on the French term abaissé, or "oppressed"), led by the charismatic character Enjolras and portrayed as a sub-group of the Rights of Man Society. The building of barricades throughout Paris's narrow streets is also described. The ABC organized the building of a barricade in rue de la Chanvrerie, a side-road running into rue Saint-Denis near a wine shop which they use as their base of operations. During the climactic battle the main characters all come together and many of them are killed.
Les Misérables gave the relatively little-discussed rebellion widespread renown. The novel is one of the few works of literature that discusses the June Rebellion and the events leading up to it. (Wikipedia)

During the revolution a dear friend of Marius, Èponine, dies in his arms, taking a bullet that was intended for him. Then during the heat of the battle, which could never have had a positive outcome for the students, Marius gets wounded badly and is taken to safety by Jean Valjean (the lead character of Les Misèrables). His student friends on the other hand keep on fighting and all end up dead on the barricades. When Marius recovers he has a hard time coming to terms with the loss of all of his friends. That's when he sings this song.

There's a grief that can't be spoken,
There's a pain goes on and on.
Empty chairs at empty tables,
Now my friends are dead and gone.

Here they talked of revolution,
Here it was they lit the flame,
Here they sang about tomorrow and tomorrow never came.

From the table in the corner,
They could see a world reborn,
And they rose with voices ringing,
And I can hear them now
The very words that they have sung
Became their last communion
On this lonely barricade, at dawn.

Oh my friends, my friends forgive me
That I live and you are gone
There's a grief that can't be spoken,
And there's a pain goes on and on

Popular posts from this blog

December 01, 2021
whispered to the stars   ✨ countless names, -yet all the same   the ones we loved the ones we lost once upon a time   remembered, but forgotten they'll remain always     always the same
Post a Comment
Read more

May 24, 2019
we hadden geen geld, geen knikkers jij & ik we speelden met zand met onze handen bouwden wij de mooiste kastelen we had no money, no marbles you & I we played with sand with our hands we built the most beautiful castles
4 comments
Read more
September 09, 2021
green leaves change colour
Post a Comment
Read more